Swords in the rock – Stavanger

Today I went to the famous “Sverd i fjell”, the swords in the rock near Stavanger for the first time. It’s breathtakingly beautiful there.

The Hafrsfjord is a fjord about 9 kilometers long in the municipalities of Stavanger and Sola in Norway. The fjord is known for the battle in 872, when Harald Fairhair (Harald Hårfagre) defeated his competitors and laid the foundation for the unification of Norway.

In 1983 the artist Fritz Røed from Bryne in Møllebukta in Hafrsfjord erected the monument Swords in the Mountain (“Sverd i Fjell”). The monument was inaugurated by King Olav. The crown on the handle of the sword represents the three districts that took part in the battle, the largest sword for the victor Harald Fairhair, the smaller swords for the defeated kings. The monument is also a symbol of peace; the swords are anchored in the rock never to be used again.

From the train station in Stavanger you can take the number 6 bus to the Madlamark kirke station. From there you walk about 10 minutes on Asta Kongsmors gate and Nygårdsbakken to the shore of the fjord and stand right in front of the swords. 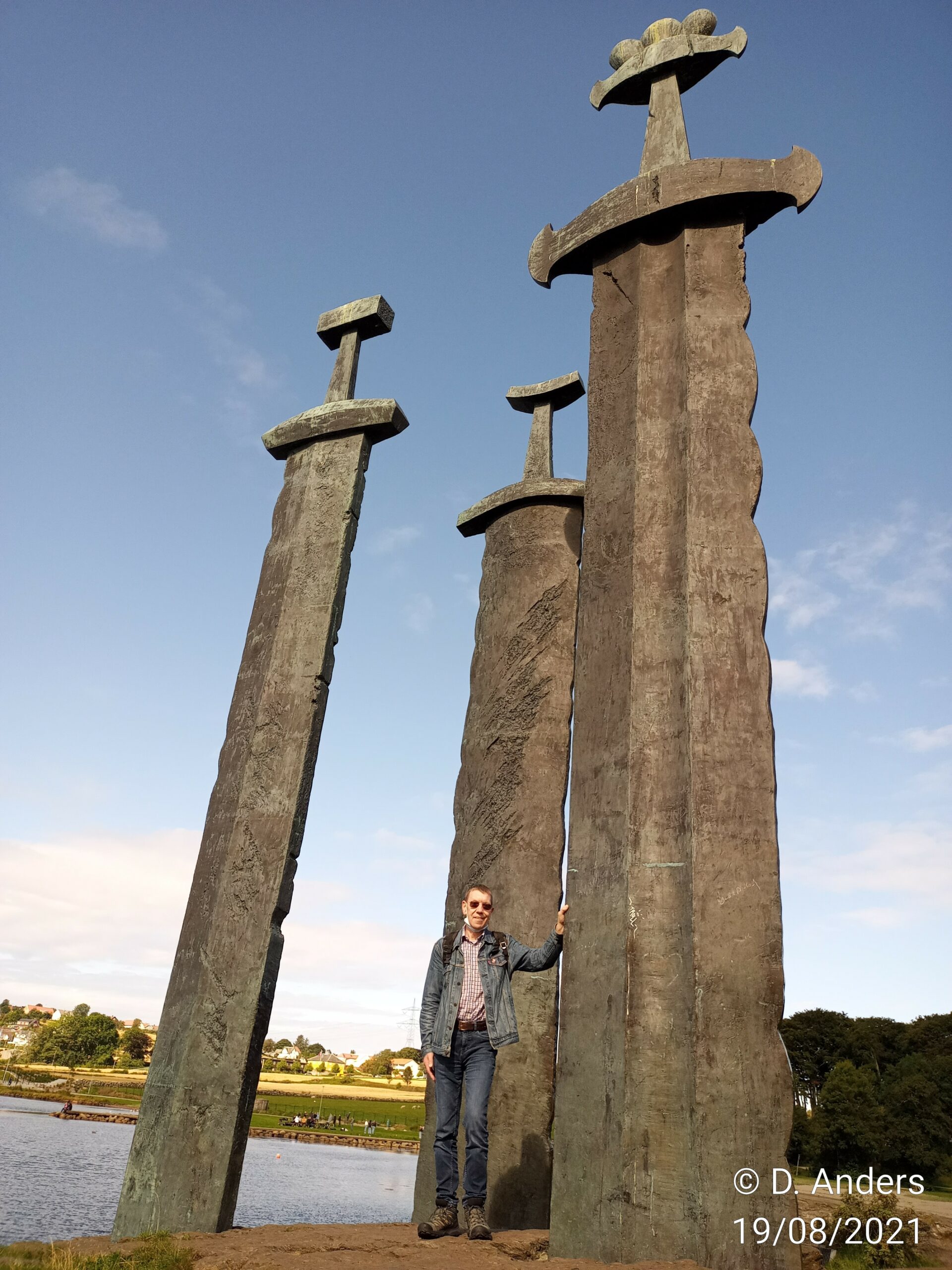