A real challenge:
Books about the Vikings, in Norwegian !


I received a package from Norway today.
The book “Vikinger i krig” (ISBN: 978-82-430-1139-7) by Kim Hjardar and Vegard Vike.
This magnificent book provides a comprehensive presentation of the Viking Age’s martial arts, weapons and expeditions. We get an insight into the Vikings’ offensive and defensive warfare, their weapon technology, military tradition and tactics. Along the way, the reader is taken on the extensive looting and conquest campaigns that brought the Vikings to places such as the Caspian Sea, Baghdad, Russia and America. Through detailed reconstructions, illustrations, maps and photographs, the book paints a picture of an exciting era in Europe’s history.

For my birthday I gave myself a present:
Another book by Kim Hjardar with the title “Vikingenes verden”
(ISBN: 978-82-430-0791-8)
“Vikingenes verden” is a historical atlas. The book contains more than 60 detailed maps with accompanying text and pictures. The maps show warfare, colonizations, trade routes, ship art, settlements, natural resources and the spread of religion and more. In addition, you will find short texts, family trees, timelines and photographs that together provide an easily accessible introduction to this part of Norway’s history.


Two other books by Kim Hjardar are described here: New Books from Norway 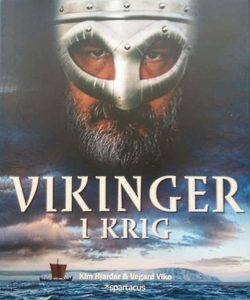 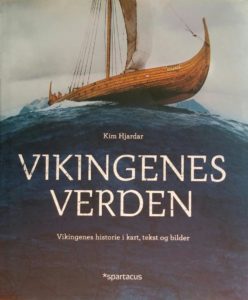